Algae are More Dangerous foes of Truth than Lies

This exhibition explores the materiality and networked apparatus of the algae translator/machine. A network of approximately 4-6 months of data and language gathering precedes the live performance of the machine during the exhibition. This gathering provides the vocabulary for the apparatus, allowing the algae to speak from its material/discursive beginnings. The speaking of the algae and the algorithm allows for an ontological approach that plays with notions of algae being, the role of algae as object is subverted and is instead recreated as protagonist or narrator. Thus the algae becomes subject, free agent within a network. This network will encompass the algae, the apparatus (as a series of sense organs and growth machines) and humans. Humans then will provide the textual knowledge of its history from which it will speak. This human element will however also provide an anxiety around performance; will the algorithm speak often, profoundly or sensically? The sense organs that surround and pervade the algae, operate as both the vehicle for the algae’s agency, as well as tool of surveillance for the human factor within the network.

The dialogue between algae and human with apparatus as intermediary is a network ridden with miscommunication as all three struggle for comprehension. This struggle will be enunciated as aphorisms that may be; profound, humorous, anxious, absurd, uncanny or solipsistic. The algae apparatus will be didactic, it will not argue or explain, but assert its specific truth. The final speaking, will be less of an articulation/rendering, and more of a result built upon chaos and error. The apparatus, algae, and human agents will participate in a network of miscommunication, that produces chaos and error in a response to the historical precedents set by poetry. In this way, it is not so much that the algae is given a voice, but instead that that voice is imbued with the historicised romantic chaos of the poet. Thus the algae is red, a visual accent that undermines the recent rationalisations of algae as a fuel and form of currency. The colour red then is used to play with and subvert the myths of poetic exceptionality. Red being the colour of romanticism, blood, wine, passion and chaos. 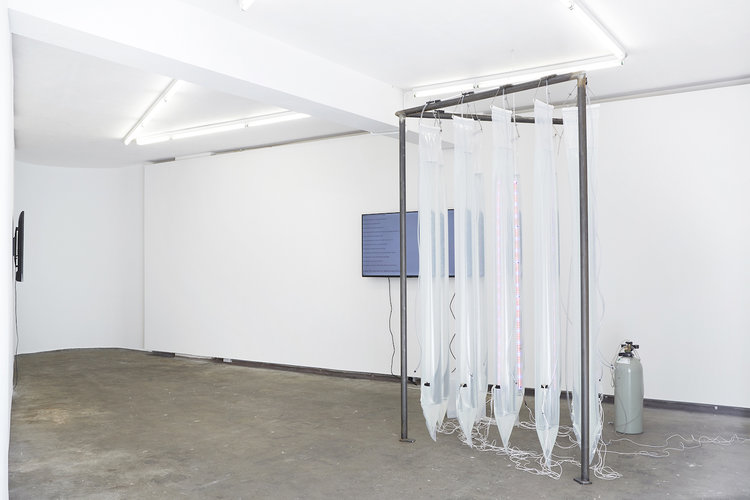 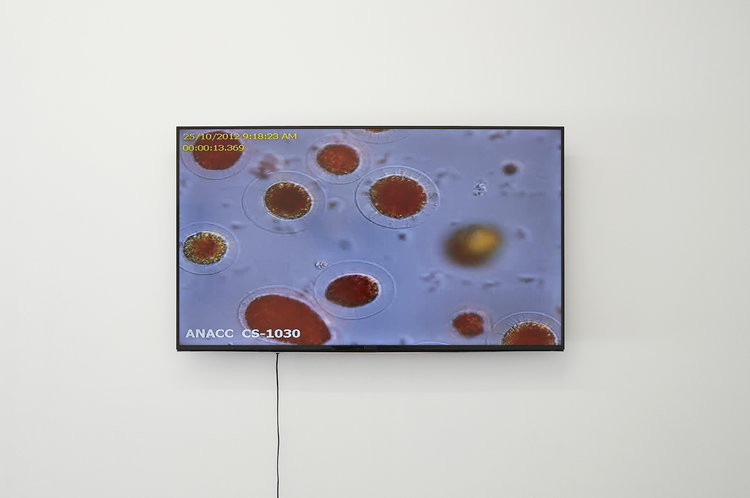 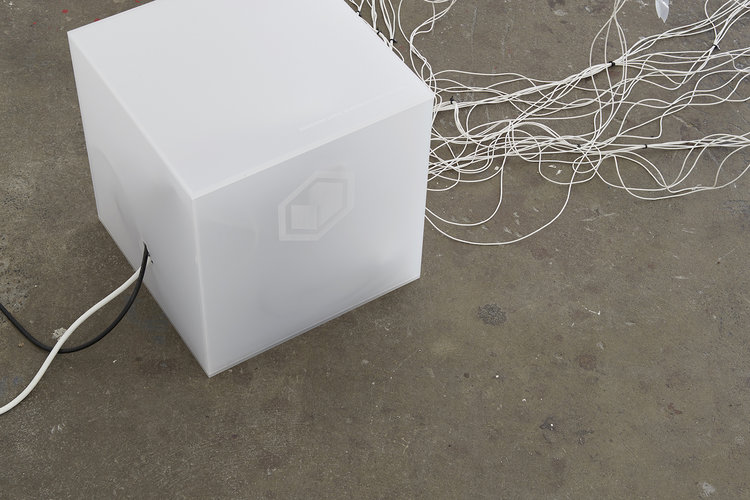 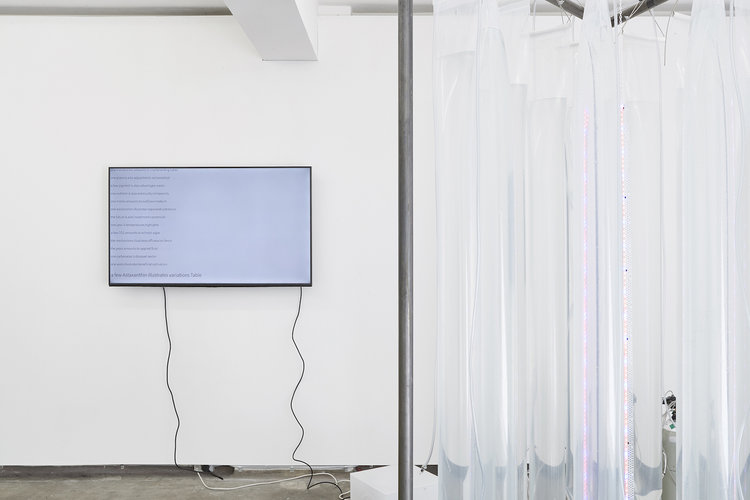 Live stream of Aphorisms generated by algae, and colour algorithim